My friend Jerry has been a bit poorly lately and hasn’t been able to get out as much as he’d like to. When life throws you stuff that you didn’t ask for you have to put your energies into the bits you can control. So they had their living room redecorated (great job Chris C) and as part of that plan his wife Hazel asked me to create some pictures of places that remind them of happy times.

One of these places is Alcossebre in Spain. It’s a place full of fond memories; of balmy nights, mediterranean food and carefree times. Hazel gave me the holiday snap below to use for reference which was great as a) I’ve never even been to Spain, b) I had no immediate plans to go to Spain and c) it meant I was able to get the view that was important to them.

Hazel was the lady who suggested Brancaster Beach and she had also taken a shine to the Southwold print so when I created Alcossebre I had half an eye on the fact that they would be hung as a trio.

They’ve been framed and delivered and Jerry and Hazel were super pleased with them. It’s a genuine honour for me to have my artwork in their home; they are a very special couple to me.

Print available to buy on Etsy. 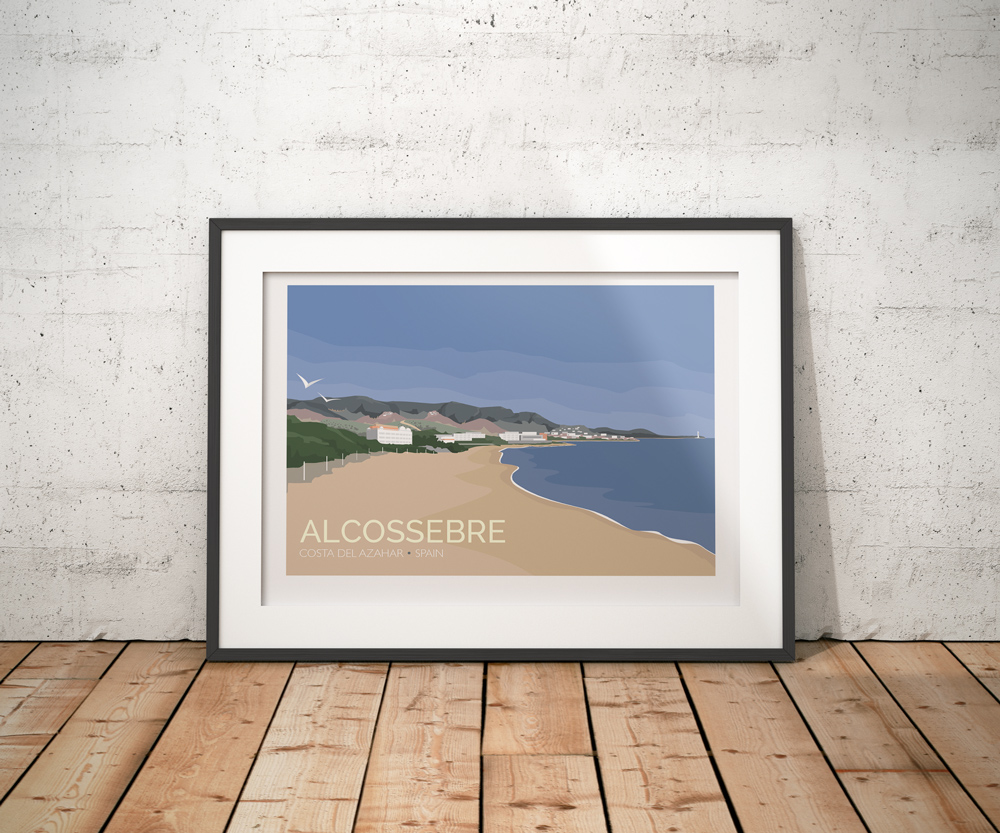 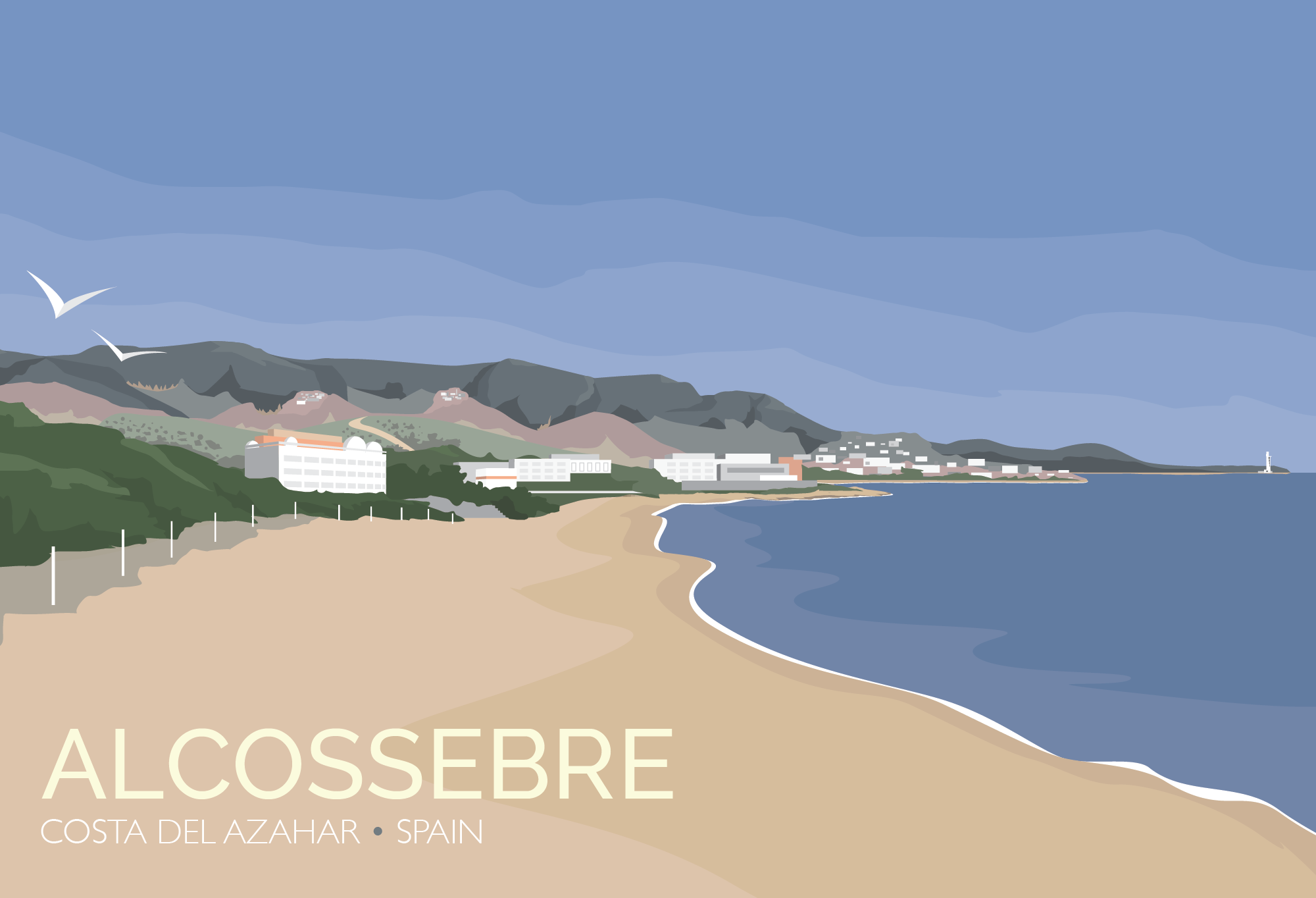 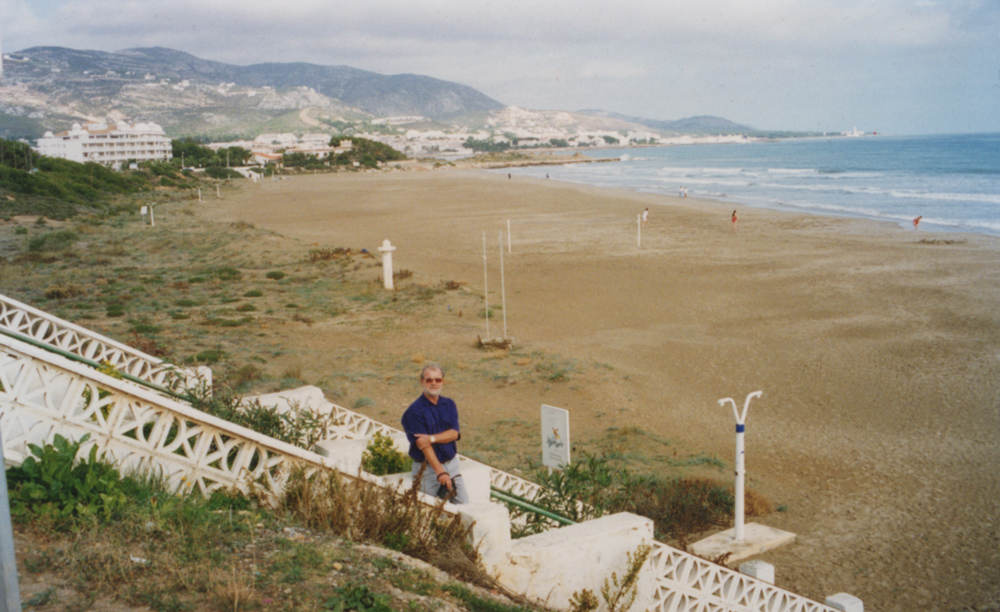 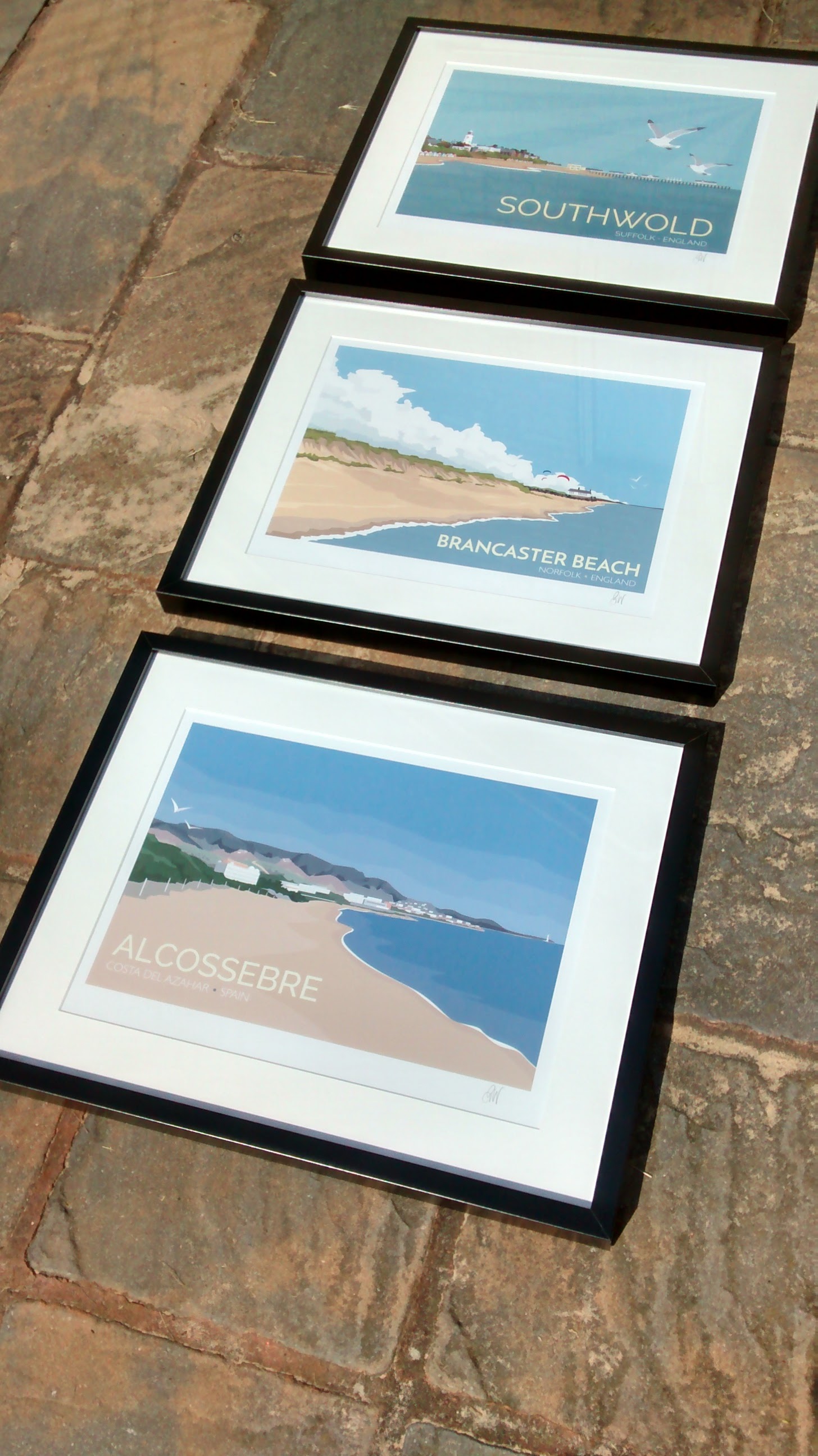