This print was a commission by a friend of mine, it was a surprise gift for his wife to celebrate their wedding anniversary. I loved working on this one, not just because I knew it was going to a lovely couple, but because it transported me to a place that I’ve never been to.

Most of my works are of UK landmarks where I’m ramping up the cyan to lift the sky and make it a bit less…grey. This was the complete opposite, I had to tone it down a bit as it didn’t look real. In fact I had trouble getting the right turquoise of the sea because my brain wouldn’t let me choose colours that vivid. It was only when I got the eyedropper tool out and found the actual spectrum of colours that I should be choosing from that I began to get somewhere.

This was my first palm tree. I wasn’t sure how to tackle it at first. I could have gone for a more blocked out, minimal style one; a bit like you would draw a palm tree if you were playing pictionary. And that may have worked nicely if the tree was in the background, I’ve seen other artists do this very well. But as the tree was in the foreground I really did need to make this the focus and get the detail in. There was only one thing for it… I needed to do each leaf separately. Ouch.

Not quite as painful as it sounds. I created a bespoke brush in Illustrator and set it to be pressure sensitive which means it becomes a very similar process to painting on canvas. Joyous.

It helped immensely that the customer is an accomplished photographer so it made this job a breeze as I was able to work directly from his image. I’m super pleased to say that the customer was really happy with his print and so was his wife – I’m sure he got a few Brownie points for organising such a thoughtful surprise.

This print is not available to purchase as it was a private commission but I am keen to do a similar one and would love some suggestions on beautiful, tropical places like this. And they must have palm trees, I can’t waste that brush I created ;). 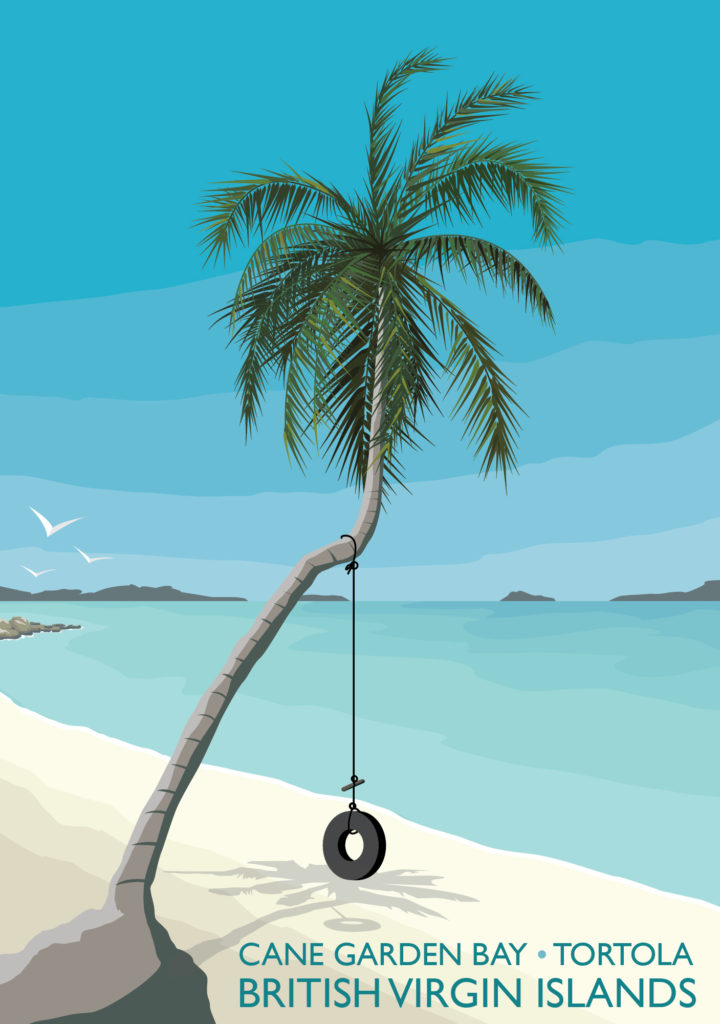