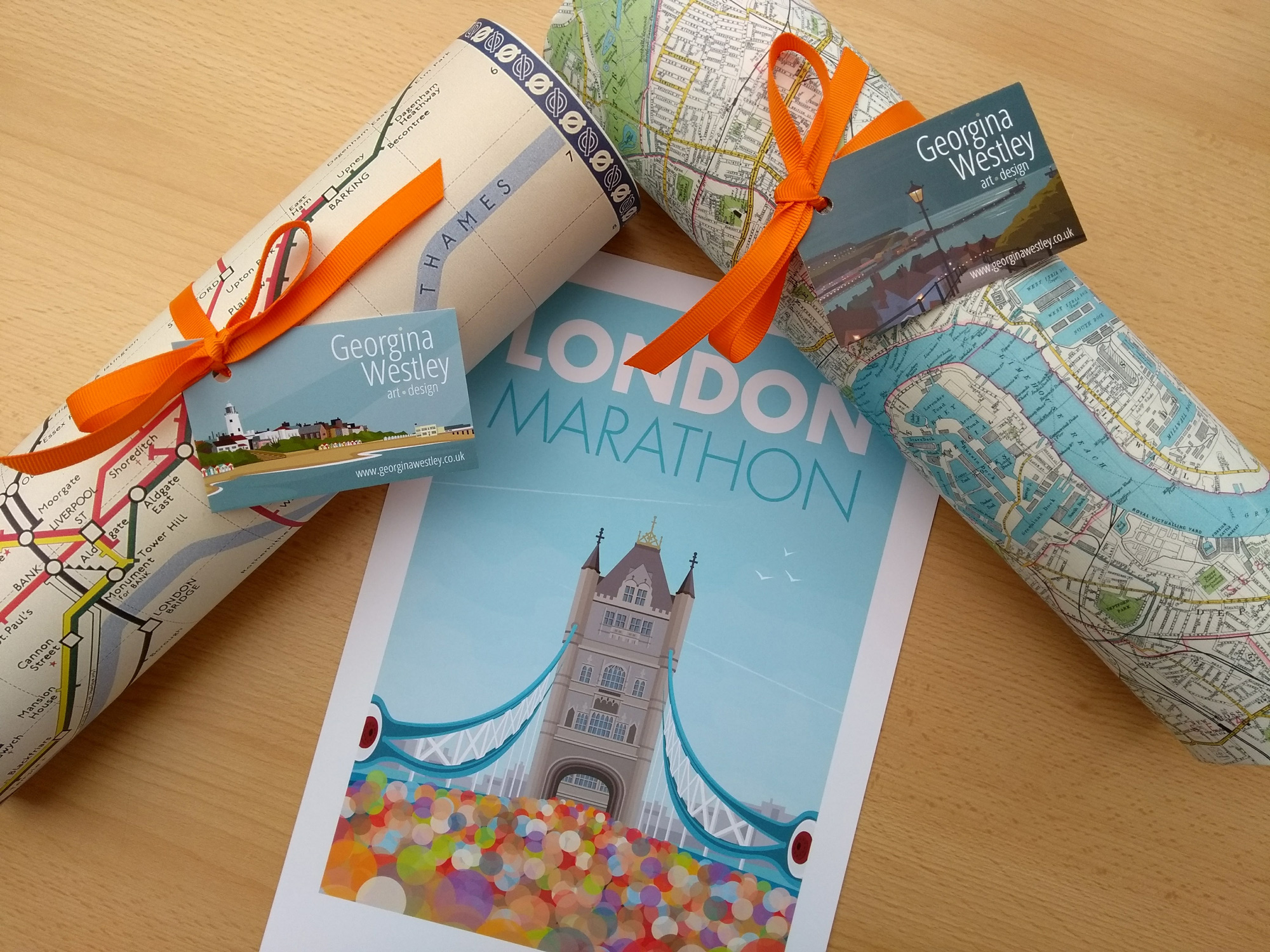 I’ve had an increase in orders for my London Marathon print over the last few weeks. It’s lovely when that happens. Not only does it make me feel good that people like my artwork but I know that people are gearing up for the run. Friends and family are supporting and cheering on their loved ones. Preparing to present them with a print as a reminder of all their hard work, not just on the day but for the months and years leading up to it. 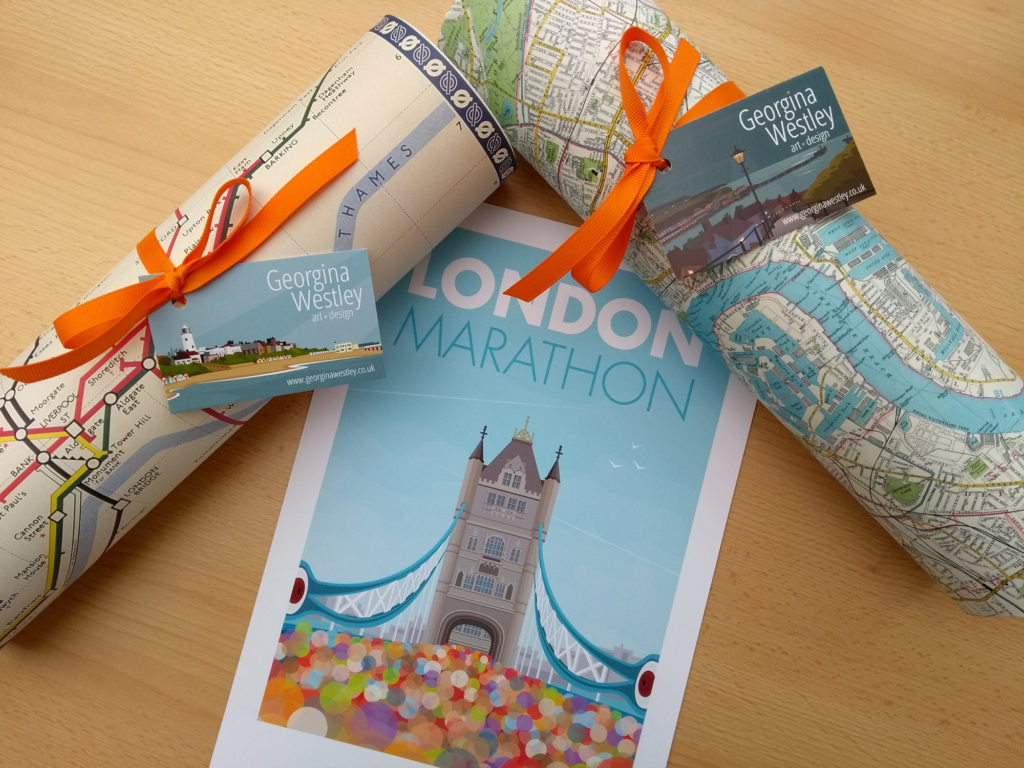 How did this print come about?

The London Marathon print was suggested by my friend Hazel, who also suggested the New York Marathon print I did. She has a close friend Sarah who has run both these marathons in memory of her mum. Hazel and I talked about what we thought might be a standout view of the route agreed that Tower Bridge would be one of the main highlights in peoples’ memory of running the marathon. Not only is it such an iconic structure but it is also just shy of the half way point, which I imagine must fill the runner with both happiness and horror at the same time.

How did I draw it?

I struggled to find the right angle initially. Tower Bridge from the side would have made it look too flat. I wanted it to look energetic and I wanted it to be from the runners perspective. However, the runners perspective would most likely be a print of another runners bottom, back, shoulders or head depending on how tall you are. So I decided to elevate the view point by a few metres or so.

I’ve walked across Tower Bridge hundreds of times but – funnily enough – never in the middle of the road. So to get the angles right I used google maps. The route goes south to north across the bridge so I just kept on clicking the mouse until I got to part of the bridge where I felt I could get the best view of the first tower in the foreground and a sneaky view of the second tower through the arch.

Then came the people. I used the same effect I did for the New York Marathon print which is to use circles to represent the runners. However on the London Marathon print the runners were in the foreground and when I tried full blocks of colour circles it looked too heavy and static. So I played about with the opacity. I still kept a huge variety of colours to denote varying skin colours, hat colours and fancy dress costumes, but by allowing them to overlap and have a small degree of transparency it creates both a sense of movement and a feeling of unity – a mass of people moving together. Within that mass is a heartwarming variety of every kind of person imaginable. All coming together for a common goal. 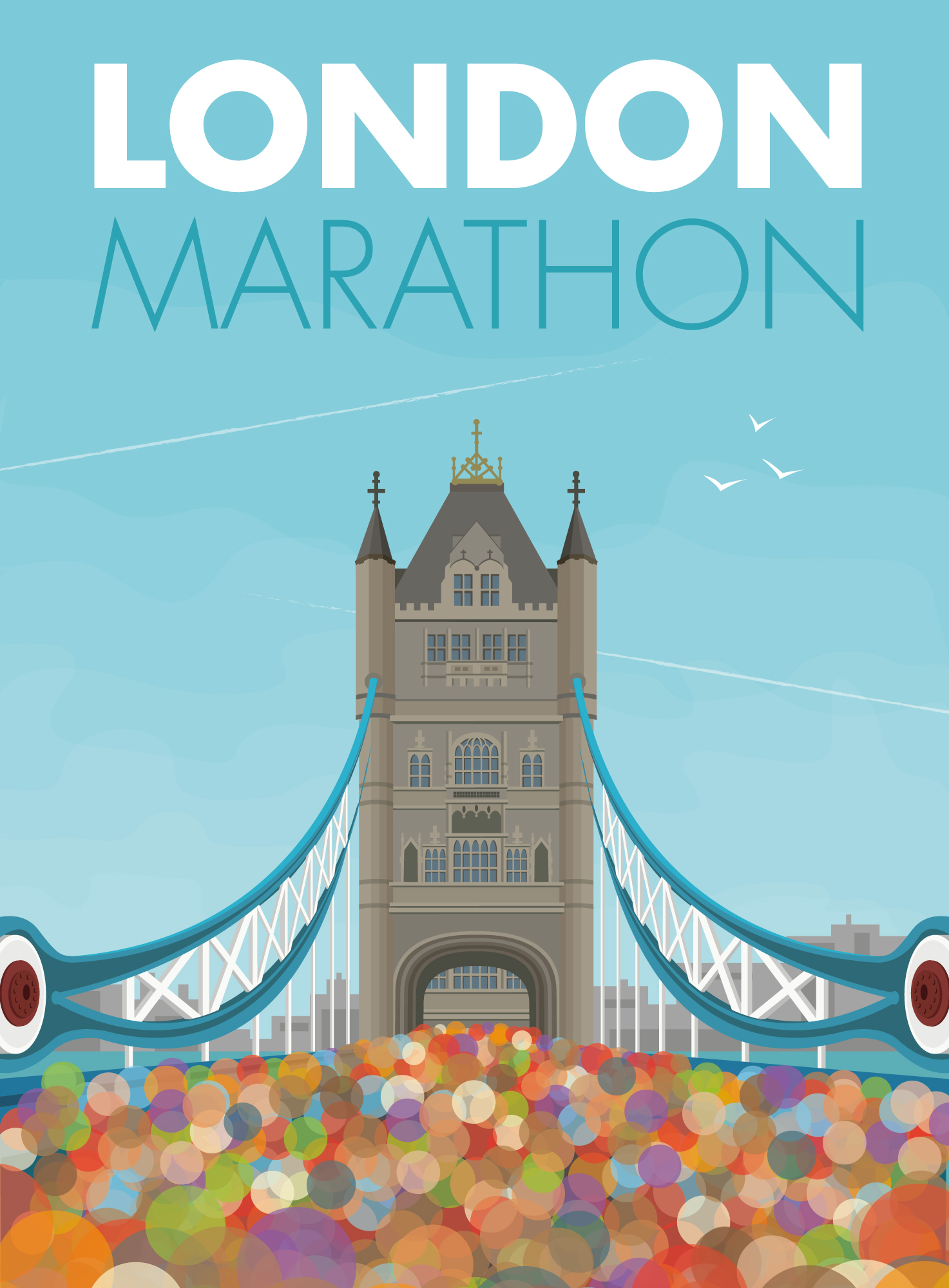 While the goal (to cross the finishing line) may be the same for most, the reasons for wanting to do it are as varied as the people running it. We watch the London Marathon every year on the TV. And every year I cry.

The 2018 London Marathon is on Sunday April 22nd. If you are planning on watching it on TV then coverage starts at 08:30 on BBC1. BBC Radio 5 will also be following it throughout the day.

For more information on the route and other details visit the Virgin Money London Marathon website.

London Marathon prints available to buy from my Etsy store. Prints come in sturdy cardboard tubes and a gift tag and ribbon. Easy to wrap, lovely to give. 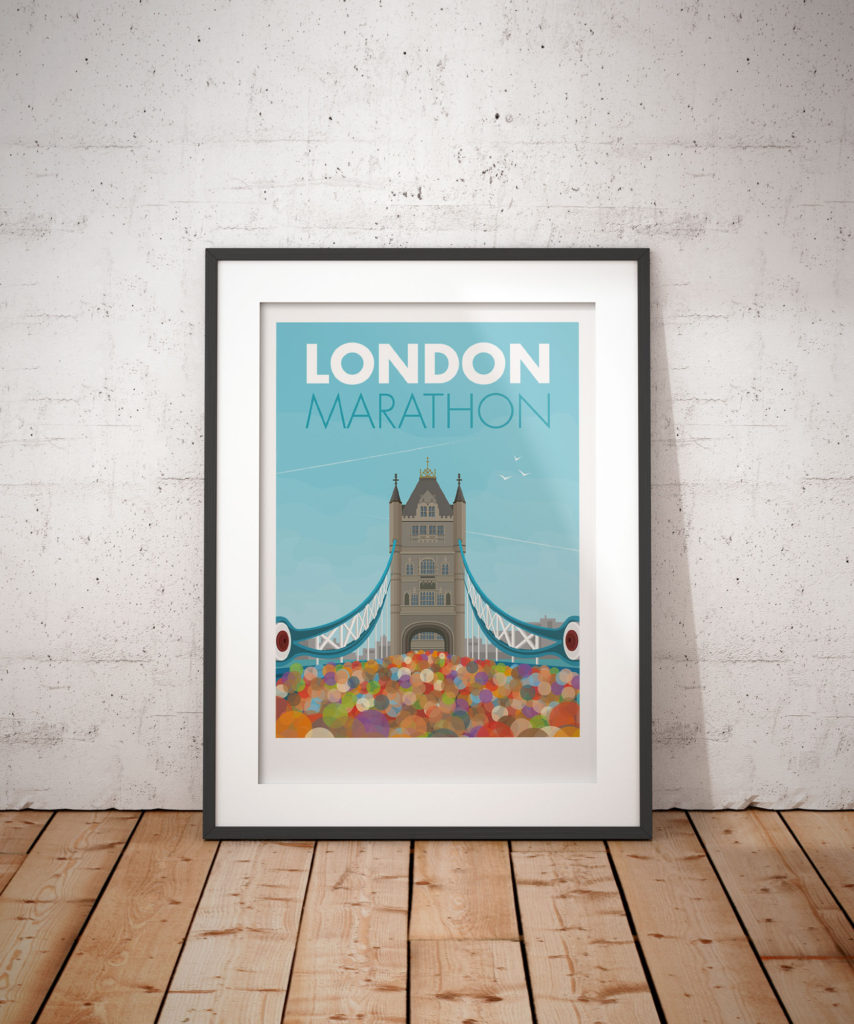